How To Make Writing Easy

An easy step to establishing a writing habit

During the lockdown, I decided to keep myself busy by writing a novel.

I tweeted my idea to start and complete a book in a month and asked interested parties to send me a message. 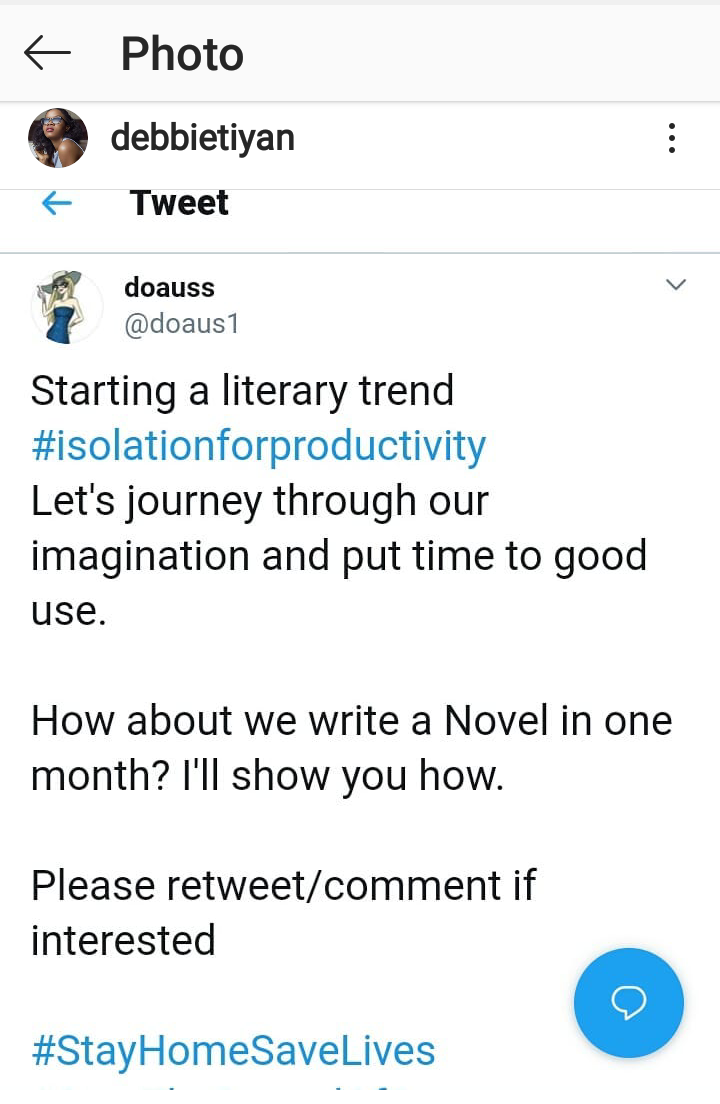 Screenshot by the Author

That night, I created a WhatsApp group and added them to it. I also created an easy guide for those who would choose to write either fiction or non-fiction.

The first three days were okay. I say okay because 3 out of the 5 people marked the accountability document shared on the drive.

But soon enough (less than a week still), I was the only one putting up entries. I became wary because it looked more like bragging.

I messaged them individually, and the replies were similar — life happened. They had so many things to do, and committing to a 2-hour writing schedule, especially when they were not sure of what they were writing was daunting.

It was later I realized the problem; I had set the benchmark too high.

Even I, can’t write for two hours straight; I’ll have to walk around or take a break every hour — and I have been writing for four years.

It dawned on me that I had turned a fun commitment into a chore for everyone.

If you find yourself in a similar situation — too lethargic to write and willing to do everything else but write, then maybe you are also seeing writing as a chore.

Here is what you should do instead:

Make your writing commitment so easy, it is impossible to miss.

What do I mean?

Well, instead of aiming to write 1000 words every day, schedule 10 minutes of writing per day.

I have tried it, and I know. There was a month where I challenged myself to write 2000 words at least, per day.

The thing is, it took me nearly five hours on some days to complete it (compared to an hour it normally takes me to get one thousand words out), and I was satisfied for just 20 seconds after meeting my daily goal because the weight of meeting the deadline for the next day would settle squarely on my head.

The thought of writing 2000 words is more stressful than writing, so instead of draining your mental power, why don’t you play the long game, in little steps.

You might exceed the 10 minutes mark, however, you will feel happier and more fulfilled knowing you did what you set out to do.

Also, you will find yourself looking forward to your writing sprints, instead of being bogged down by the thought of it.

The truth is, if you are consistent, with time, you will see that writing is not that hard.

The Vault, a cluster of resources available to equip every future world changer embarking on a journey of impact.